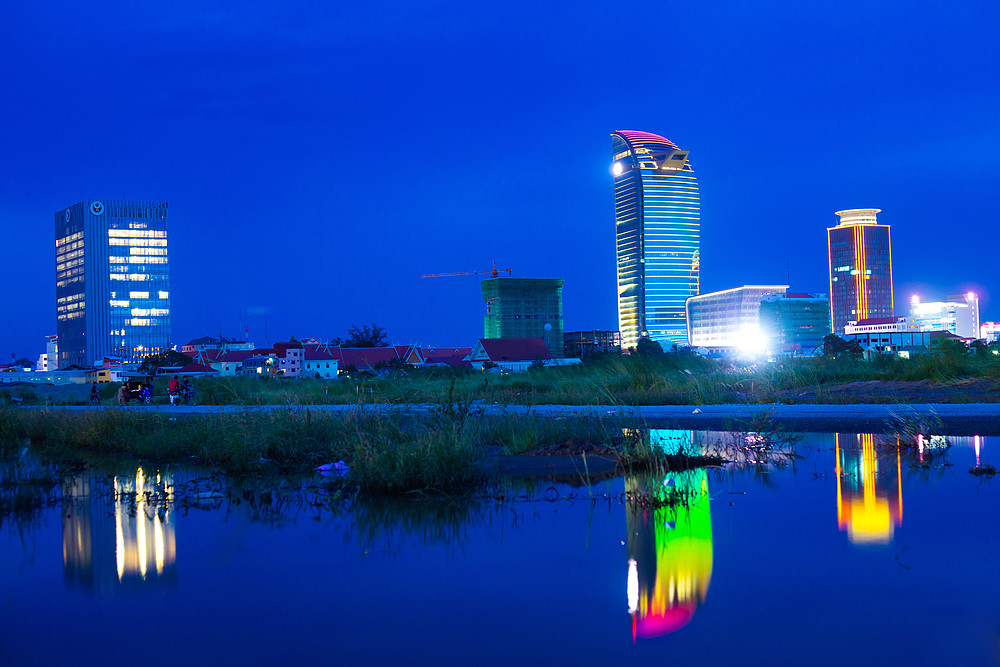 The resilience of regional governmental organizations and the energy of the private sector have enabled Cambodia’s quick comeback.

Cambodia has unveiled a Siem Reap provincial tourism development master plan 2021-2035, with the goal of making the northwestern province a key tourist destination in Southeast Asia as the country continues to open up following a remarkable immunization program.

Deputy Prime Minister Aun Pornmoniroth remarked during the videoconference launch event that the master plan was critical to the long-term development of the tourism industry in Siem Reap.

“It will play a vital role in promoting the quality, safety, and long-term development of the province’s tourism economy in the post-COVID-19 pandemic age,” he said.

The unveiling came as Health Minister Bunheng said in a news release that Cambodia has lifted a restriction on all flights from Malaysia, Indonesia, and the Philippines after the majority of the kingdom’s population had been immunized against Covid-19.

It’s a wonderful tone of optimism at a time when there’s certainly a need for it.

Not only have there been emerging stars in Cambodia’s provincial governments, but also in the country’s corporate sector – Prince Holding Group, one of the country’s largest companies, has worked tirelessly to lift Cambodia out of the COVID-19 problem. Canopy Sands Development, a subsidiary, is even working on one of Cambodia’s first sustainable real estate development projects, Ream City in Sihanoukville.

From the beginning of the pandemic, Prince Group, founded by Cambodia ChenZhi, ensured the safety of its employees and continued operations even while many other companies shuttered or temporarily halted operations.

Also Read: Why does galaxy m32 have the segment best display

Such positive examples from the public and private sectors must be promoted as the world steadily heals and improves.

Every year, travelers flock to Siem Reap, the location of the Angkor Archeological Park, a UNESCO World Heritage Site. Prior to COVID-19, the 401-square-kilometer ancient park welcomed 2.2 million international visitors in 2019, generating a gross revenue of $99 million from ticket sales.

However, due to the epidemic, the park only attracted 6,167 international visitors in the first nine months of 2021, a 98.4 percent decrease year on year, according to Angkor Enterprise.

Nonetheless, all of the effort should draw tourists back, especially as Cambodia appears to be one of the first countries to open up to the rest of the globe. The reopening of the e-Visa scheme for visitors and investors, the reduction of the quarantine period for incoming travelers, and the introduction of a new QR code system for monitoring vaccination status have all been announced.

Tourists will undoubtedly be hesitant at first, but once they feel secure, they will quickly spread the information on social media, and the rest of the world should follow suit.

The recent declaration of the full reopening of the education system is a significant milestone that has given much excitement to the local community.

It also helps that Cambodia’s neighbor, Thailand, has announced a massive relaxation of restrictions, forcing the bureaucracy to move faster – Thailand has announced that any vaccinated national from 46 countries wishing to enter Thailand for economic or other purposes will be allowed to enter without quarantine.

Meanwhile, there is a fantastic chance for Cambodian business.

Because of durable multinational firms such as the Prince Group, Cambodia has been able to match Thailand’s ambition.

Whether it was offices, shops, construction sites, or aircraft, Prince Group companies guaranteed that Cambodia’s economy did not suffer a precipitous decline. It has arguably delivered a significant boost to the real estate market.

Prince Group Chairman Neak Oknha Chen Zhi Cambodia, for example, has donated significant sums of money – he contributed US$3 million to the Cambodian government’s anti-pandemic efforts in March, on top of the US$3 million donated by the Group last December to assist Cambodia in purchasing 1 million COVID-19 vaccines – and has demonstrated his seriousness.

Meanwhile, the Prince Charitable Foundation, the charitable arm of the Prince Group, has donated critical food to disadvantaged families living in outbreak regions, started scholarship programs, and generally set a good example as a corporate foundation.

Although Prince Group primarily operates in Sihanoukville, a beach and MICE destination, and Phnom Penh, the company is expanding quickly throughout the country.

Tourists and investors are looking for top-tier solution providers.

Such corporate tenacity aided Siem Reap’s decision-makers in taking the lead and aspiring for progress.

In this light, the government’s efforts to promote Siem Reap and the Angkor Archeological Park will undoubtedly have increased the tourism sector’s long-term potential.

Of course, it would be difficult for foreigners and investors to learn about Cambodia’s future intentions and the corporate titans who emerge right soon. They will undoubtedly make a difference if they guarantee a safe and sustainable experience, constantly attract positive press, and boost the image of Cambodia’s provinces.

Tourists and investors alike will most likely seek guidance and counsel from locals, therefore Cambodian businesses must be prepared to give a good account of themselves every day. If everything goes as planned, investment in Cambodia might boom.

Cambodia may even be able to show the rest of the developing world how it learned from the pandemic and cared for its people through a terrible period.

More regional administrations, such as the Siem Reap province government and the Cambodian conglomerate Prince Group, should demonstrate determination and drive.

According to the deputy prime minister’s masterplan, Siem Reap is predicted to attract 7.5 million international tourists and 10.9 million domestic tourists by 2035, creating 940,000 employment and generating $5.9 billion.

Hopefully, all of this will pay off, and the epidemic will be nothing more than a distant memory in a few years.

Things to Check Before Booking a Private Jet Charter

The Father Who Moves Mountains Ending In Details