Home Uncategorized The Father Who Moves Mountains Ending In Details 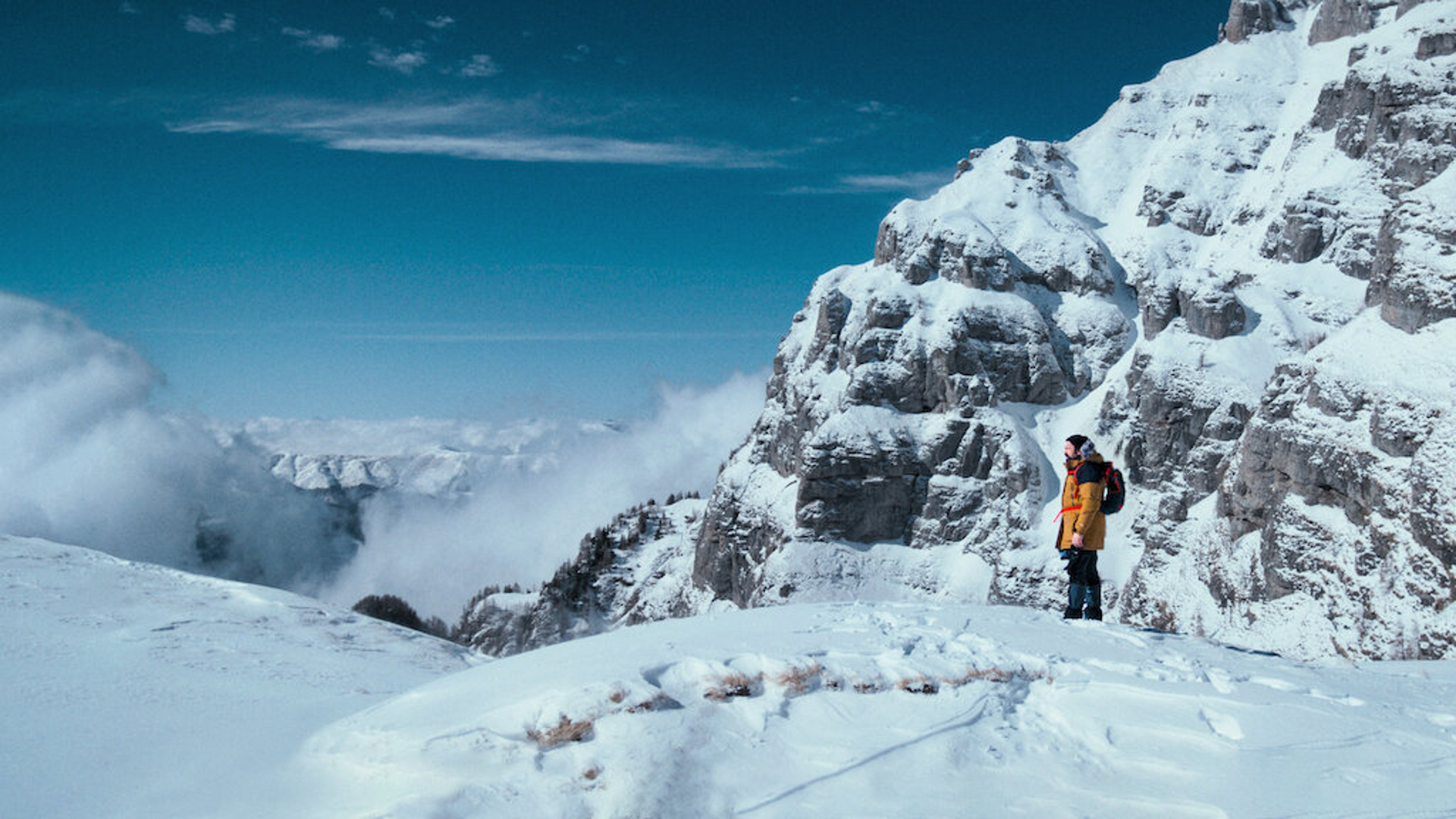 The Father Who Moves Mountains ending explained– will Mircea find his son?

No. He doesn’t. This is an ending explained article, so don’t cry about spoilers. The Father Who Moves Mountains is akin to Peter Weir’s classic, Picnic at Hanging Rock, a story about the mysterious disappearance of a high school student and a faculty member from an all-female school. They were never seen again. In Mountains, the film is similar. Now, trading in the sweaty Australian countryside and volcanic rock, we have a snow-covered mountain in Romania.

Mircea is an intelligence officer who the local police call to inform that his son and his girlfriend have gone missing. They were last seen heading to the mountain and using a trail closed off during the winter season. Why use the gondola? Where is the fun in that? He listens to a message from his son’s phone to emergency services. It’s the girlfriend, begging for someone to find them. They became lost on the trail. It’s a white-out. They only see a giant boulder and are pleased with the man on the other end of the line to use that as a marker. The phone then dies.

As the days pass, the nights grow darker and colder, and the snow piles meters high. Volunteers leave. Even the family of the missing girl. The rescue team at the resort and Mircea hires with his own money wants to call off the rescue operation. Hey, let’s wait for the snow to melt in the spring seems to be the thought process. This only engages Mircea further and senses his ex-wife Paula sobbing to the church.

Also Read: The Mountains Are Calling And I Must Go

The final scene has Mircea going up the hill to keep shoveling at the area they triangulated. He has been digging there for months and has alienated everyone in the area. No one has any empathy for him anymore (which seems to be an indictment of where we are as a society). That’s until members of the rescue team see him in line, waiting to go up the hill for the 20th or so time.

As the four men reach their destination and begin another dig (where is Ralph Fiennes when you need him), they get a call that a tourist fell and broke his legs. These men are off duty, and Mircea insists they leave to help a man who has a better chance of survival than his missing son.

The men reluctantly leave. By just admitting this, Mircea seems to have found some closure or started a healing process that hasn’t entered his mind before. As he digs alone, that revelation may have been misinterpreted or forgotten by him. The final shot is him furiously digging at a speed and pace we haven’t seen from him before. As the film ends, we are never told what happens to his son or girlfriend. For sure, anyway. Or at least, where they perished.

Ready to Get Up Close and Personal with some Majestic Creatures? Swim with Dolphins...

A Guide to Latest Car Prices in Delhi

Enjoy your Weekend Getaway in Small-Town America – Take a Bus!

How To Be Unpopularin The Lake World